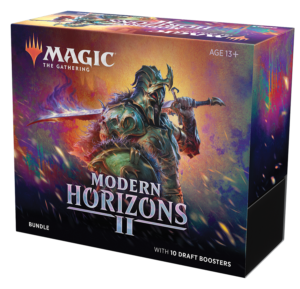 With Modern Horizons 2, the product lineup was expanded beyond the Draft Booster to include a wider range of products.

Each of these products was designed to match best with the different motivations of Magic players.